Manifesto for the paediatric oncology and haematology community

During the 2009-2014 European Parliament mandate, a small and very active group of MEPs proactively supported the paediatric oncology and haematology community. The next European Parliament shall sustain and reinforce its support against paediatric cancer. In May 2014, European citizens will have the opportunity to change the future of Europe for the better by electing the new members of the European Parliament. Some of our younger citizens deeply need this change happening as quickly as possible.

Despite progresses made over the last 50 years, Paediatric cancer is still a major public health issue in Europe:

By signing this manifesto, I declare my awareness and my willingness to support the paediatric oncology and haematology community in Europe in fighting childhood cancer.

Together with theEuropean Society for Paediatric Oncology (SIOPE), the only pan-European organisation representing all professionals working in the field of childhood cancers, and the European representative of the International Confederation of Childhood Cancer Parent Organizations (ICCCPO) I will contribute towards ensuring the paediatric oncology and haematology community are heard and will actively work for the achievement of the following objectives: 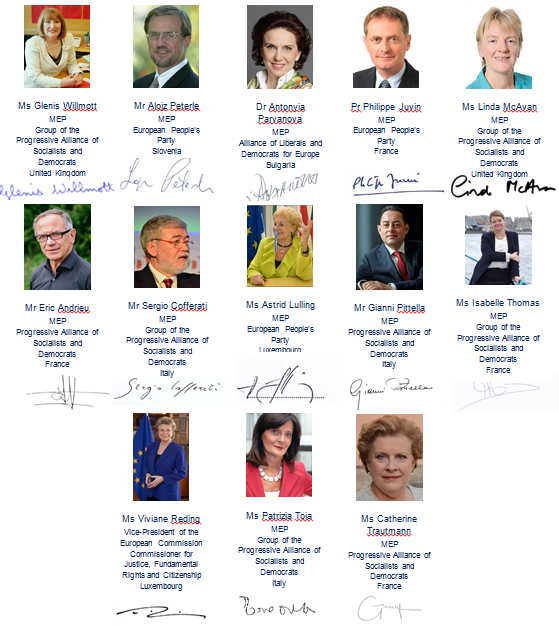 Manifesto in other languages

Mrs Viviane Reding (Luxembourg), Vice-President of the European Commission and Commissioner for Justice, Fundamental Rights and Citizenship 20 Members of the European Parliament (12 above with pictures and signature):

3 candidates to the European elections 2014: