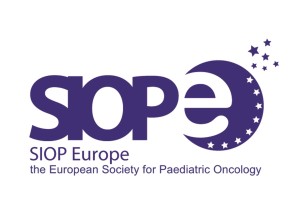 Notwithstanding the huge research progresses in the last decades, childhood cancer is still a public health issue: more than 6,000 young people die each year of cancer, which remains the first cause of death by disease beyond one year of age. Recent studies (including the EUROCARE 5 report and the SIOPE-run analysis on the European Standards of Care for Children with Cancer implementation) show that the quality and availability of paediatric cancer care varies widely across Europe. Unacceptable disparities still exist in Eastern Europe, where survival is generally 10 to 20% lower than in Western Europe, and such disparity becomes even larger for cancers with poor outcomes.

The Manifesto will be discussed in-depth on 18th February 2014 at the SIOPE European Parliament event ‘Tackling inequalities in paediatric cancer care and research across Europe’.Hosted by MEP Ms Glenis Willmott, the event will start with a session on ‘The needs of paediatric oncology towards 2020’ and an all-embracing roundtable debate will follow. All stakeholders involved in paediatric oncology will attend this high-level event: MEP (Ms Antonyia Parvanova, Mr Alojz Peterle, Ms Glenis Willmott), representatives of the European Commission’s DG SANCO (Mr Enrique Terol) and DG RTD, Ms Constance Hanniffy (Ireland, EPP) from the Committee of the Regions, as well as patient/parent advocates, survivors, paediatric oncologists and representatives from industry.

Since 2011, SIOPE marks yearly the important date of 15 February through such high-level events, in order to raise awareness of the challenges faced by children and adolescents with cancer in Europe. However, this year’s event is particularly timely, as the Parliamentary question on Fighting Paediatric Cancer submitted by three key MEPs and the European Commission’s strategy on health inequalities show that EU institutions are working to address this problem, strengthening the link between EU policies and national health system reforms.