PARTNER (ERN-PAEDCAN Partner: Paediatric Rare Tumours Network – PARTNER) is a three year 3rd Health Programme funded project running from January 2018 to December 2020.  The project is a collaboration between six associated partners from Italy, Austria, Germany, France and Poland and 21 collaborating stakeholders from around the world. 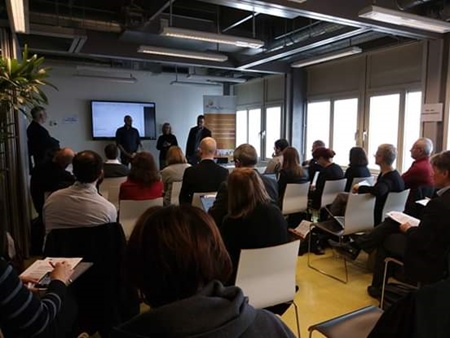 PARTNER focuses on the creation of a Paediatric Rare Tumour European Registry dedicated to children and adolescents with VRT (Very Rare Tumours) linking the existing national registries and providing a registry for those countries not already having a registry for VRT in place. PARTNER members:

Project Meeting, 30 January 2019, Brussels At the end of January, a one-day project meeting was held in Brussels at the premises of SIOP Europe. The purpose of the 3rd PARTNER Consortium Meeting was to discuss work packages progress and possible activities for year 2. Participants were engaged in interactive discussions about their activities and priorities. This meeting was followed by the 2nd Consensus meeting on Harmonisation of data acquisition led by Dr. Ines Brecht – EKUT (Germany)  and the EXPeRT meeting led by Dr. Andrea Ferrari – Istituto Nazionale per la Cura dei Tumori (Italy). These meetings were attended by 30 participants from 16 institutions. 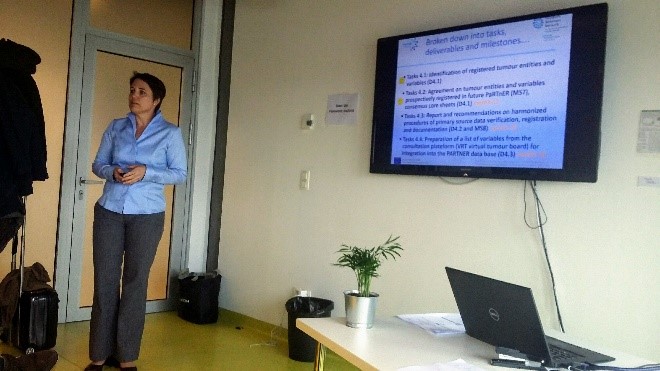 Creation of a European registry for paediatric patients with very rare tumours  Professor Gianni Bisogno focused the consortium's attention on how to integrate EUPID in the PARTNER Project and the necessary steps to identify the IT partner. 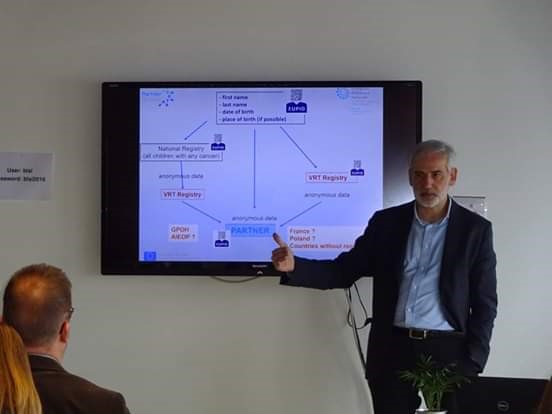 As a first step, PARTNER will involve the VRT registries that already exist in France, Germany, Italy and Poland.  This first step is based on the fact that these Groups are already collaborating and have taken first steps to harmonise their national registries. In the near future, it will be necessary to investigate how to collaborate and share data with general paediatric oncology national registries like the ones existing in United Kingdom, Spain, Netherlands and Hungary. In the next phase, the possibility to use directly the EU Registry will be offered for countries where a VRT registry has not yet been established.

The registry will be organised in sections: the first one is the Pseudonymisation (EUPID) that will be mandatory in order to proceed with the registration.  After this, it will be possible to enter all the other data.  As further discussed below, pseudonymisation will follow two paths: EUPID will be integrated into the PARTNER structure to allow direct registration from countries without VRT registries, while data transfer from the existing national registries will be permitted only after pseudonymisation (still with the EUPID tool that will be provided at the time of registration within all respective national databases). After pseudonymisation through the EUPID system, a general section has been planned to include general information and the current patient status.  Within this general section, which will be the same for all the rare tumours, the physician will be requested to enter the histological diagnosis.  This will allow the data entry in two possible directions. One will be disease-specific, and it will be provided for some histology representing the more common histotypes or neoplasms of particular clinical/epidemiological interest among VRT in paediatric age and for which specific data harmonisation and data collecting forms have been provided (see WP4).

The other will be generic, and it will allow to register all tumors with extremely low incidence or those that have not been previously reported within paediatric age. Disease specific-forms (and generic forms) will allow data entry on presentation, diagnosis, diagnostic work-up and treatment.  As far as follow-up is concerned, events and possible treatment of events, data will be collected with forms common to histotypes. Personal information section: general information will be requested regarding sex, age, nationality, centre in charge and date of first contact to specialised centres.

Moreover, physicians/national registries should provide here whether informed consent has been given and signed. Patient’s status section: data entry regarding status at time of registration and possible date of death. Histology section: data regarding histological diagnosis (according proper classification). This entry will allow to redirect data registration to disease-specific forms (if available) or to general forms.

Diagnostic pathway section: as VRT are heterogeneous, this section will change accordingly to histology. Data regarding date of diagnosis, symptoms, blood tests, results and imaging will be entered. For specific tumours, data on genetic status abnormal duties and/or predisposition will be requested and reported.  It could be possible to create a link in this section to allow physician to request advice.  The possibility to upload radiological or histological images will be provided.

Treatment pathway section: this section will change accordingly to histology. Different subsections will be created to allow data entry for the different phases of treatment (surgery, chemotherapy, radiotherapy or other types of treatment). Also in this section, a link will provide the opportunity to ask the VRT board advice regarding treatment. Follow-up and events: rare diseases specific and the generic pathways will be converged in this section, which will be the same for all tumours.  It will investigate response to treatment and status of the patients at the end of treatment (complete remission, stable disease/alive with disease, progressive disease, death by disease, etc.), possible disability after treatment and date of last follow-up.

Moreover, events, respective treatment and response to treatment will be investigated. Creation of a VRT Working Group consisting of project associated members and LHEAR country representatives  The identification through the national Paediatric Oncology (PO) societies of the most active/leading PO centres in LHEAR countries, involved in VRT diagnosis and treatment, was performed through an action led by WP7.  Actually, the Working Group for WP7 has been created, consisting of four EU LHEAR countries representatives (J. Roganovic - Croatia, A. Pourtsidis - Greece, J. Rascon - Lithuania and M. Cesen - Slovenia). 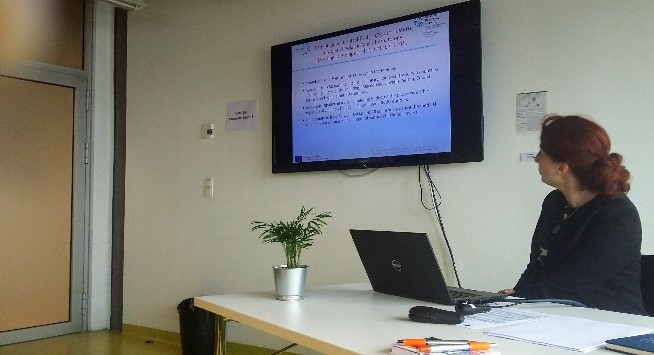 Two multi-question surveys aimed at gaining information on how the registration, diagnosis and management of VRT in children is performed in LHEAR countries were created.

The surveys included a general questionnaire and a more specific one - inquiring for data related to the care of four VRT selected by WP6 previous activity. These two surveys were sent to 8 LHEAR countries – included in the Working Groups within WP6 and WP7 grants plus Poland. The responses were obtained from all participants, summarised and presented during the LHEAR countries PARTNERship Meeting on 14th of September 2018 in Gdansk, Poland.

SIOP Europe is the dissemination partner for this project.

More information about the PARTNER Project is available on the project website and on social media: #PARTNERproject. 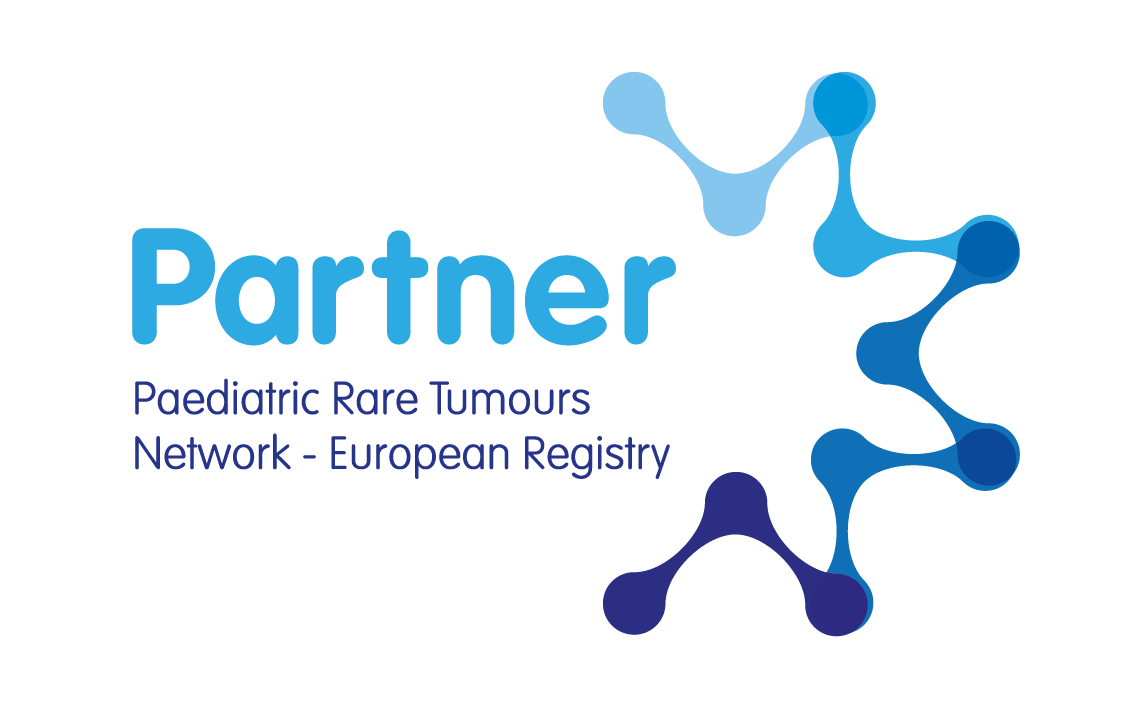