This event marked SIOP Europe’s 20th Anniversary thereby taking stock of the achievements and highlighting where the European paediatric haemato-oncology community should amplify efforts to meet current and future challenges across all the objectives defined in the SIOPE Strategic Plan.

Why is this event named ‘SIOP Europe Gold Ribbon Awards’?

Despite significant advances, the paediatric cancer community continues to face huge challenges.  The work and achievements of the awardees are of vital importance to improving lives and finding cures for children and young people with cancer. The SIOP Europe Gold Ribbon Awards were presented to individuals, organisations and companies who dedicate their efforts in making a difference for the paediatric cancer cause.

Healthcare workforce imbalances and shortages are a major concern in the European region (WHO Europe).  The combination of an ageing population in high-income countries, ageing healthcare workforce, growing cancer occurrence outpacing oncology services means that investing in the next generation of healthcare professionals should become a priority. Ticket sales, corporate support and sponsorships will go towards:

We invite you to make a difference by supporting SIOP Europe to reach these concrete objectives and bring a brighter future for all children and adolescents with cancer in Europe.

To support or become a corporate sponsor for the next edition of this event, please contact SIOP Europe: Email: awards@siope.eu │ Tel: +32 2 880 62 82 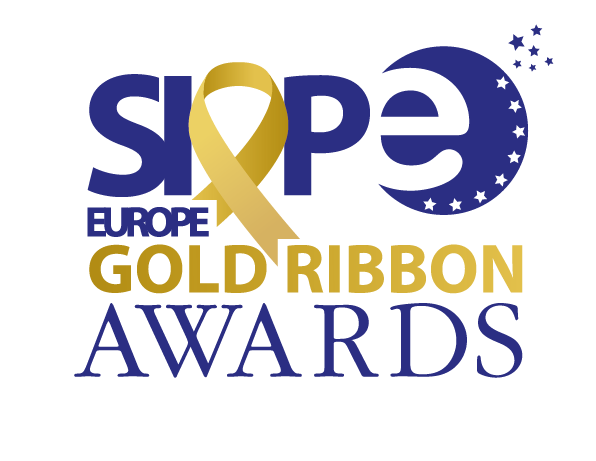