Radiotherapy; what is it?

Radiotherapy is used to treat cancer by using high-energy radiation to kill cancer cells. The radiation is targeted at the exact location of a tumor, with the intention to make it shrink or go away.

Typically, radiotherapy is used as part of a treatment schedule that can include:

Cancer may, however, be treated by radiotherapy alone. The multidisciplinary team will discuss the use of radiotherapy for each child: if it is needed, and at what stage in the treatment schedule.

Radiotherapy is usually a localised treatment, which means that it only targets cancer cells in the body area where the radiotherapy is given, but sometimes, for example in preparation for bone marrow transplantation in leukaemia, whole body irradiation is needed. Radiotherapy can be delivered in a number of ways:

Most commonly external radiation is used: a beam of radiation is directed towards the tumour from a machine in one or more directions or during rotation. External beam radiotherapy is most commonly in the form of high-energy X-rays from a linear accelerator. In carefully selected cases, high-energy particles such as protons may offer advantages.

Less commonly used ways to deliver radiation are brachytherapy and molecular radiotherapy. Brachytherapy is internal radiation: treatment tubes are placed directly into the tumour, and a small radioactive source is driven through these tubes in turn by a machine. Molecular radiotherapy is the use of radioactive drugs administered by mouth or intravenously. The most common indications in children are thyroid cancer and neuroblastoma.

Occasionally, when a cancer is too advanced for further attempts at cure, radiotherapy can be used to reduce symptoms, or to prolong survival. This is part of palliative care.

Radiotherapy; how does it work?

The radiation causes damage to cells encountered in the path of the radiation beam. This occurs in cancer cells but also in healthy cells. The difference is that healthy cells have the ability to recover completely or a great deal from the damage caused by a limited amount of radiation, while cancer cells should be permanently damaged and killed. This is why radiotherapy is divided into a number of treatments so that:

-        The healthy cells have an opportunity to recover between each treatment, while

However, above certain radiation doses, healthy tissues can be permanently damaged as well. All cancer types, healthy organs and tissues have their own sensitivity for radiotherapy. Therefore, an individual’s radiotherapy plan is carefully constructed to ensure optimal delivery of radiation dose to the cancer cells, while sparing as much of the surrounding healthy tissues as possible. 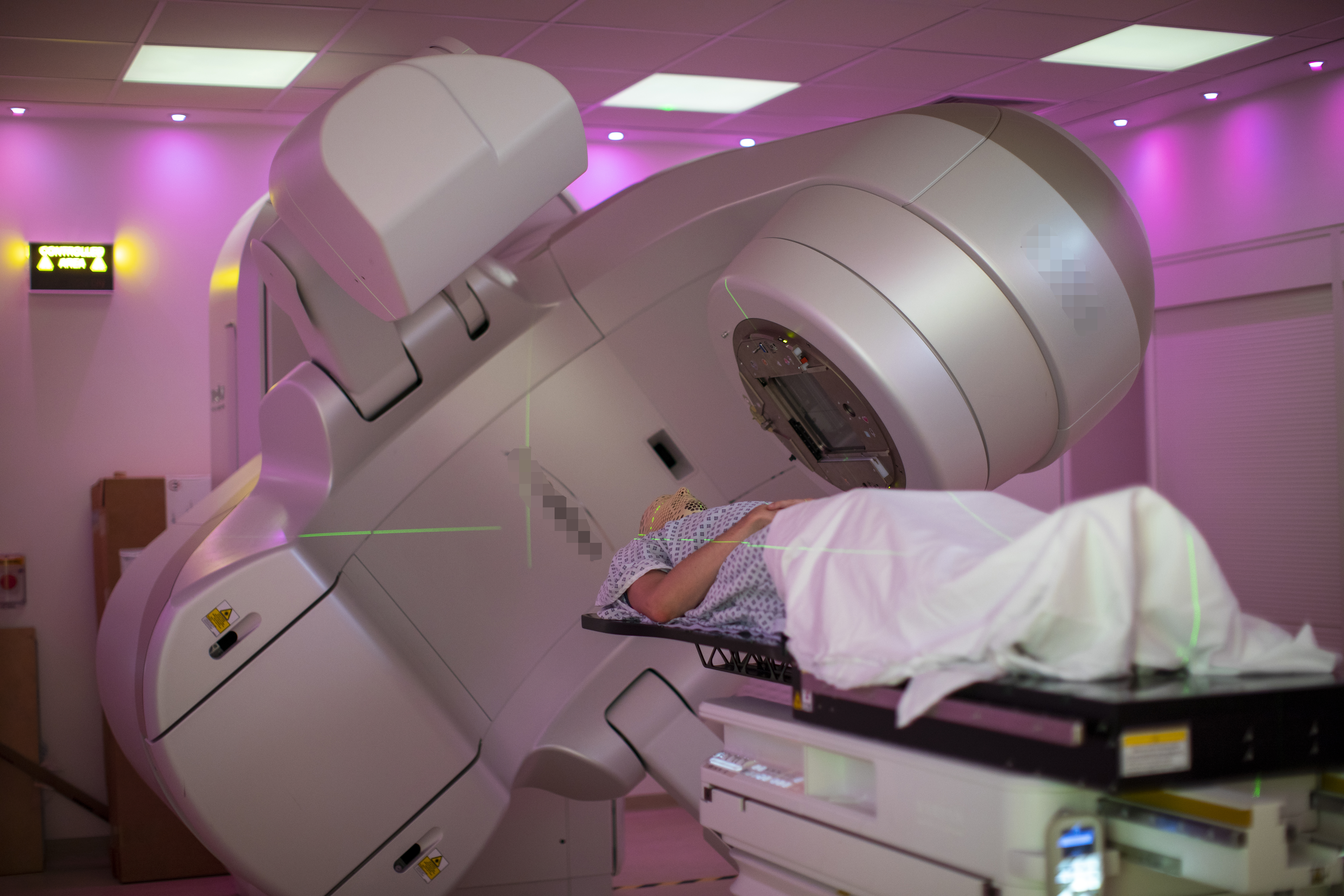 A proton therapy centre uses high-energy protons as external radiotherapy. Protons are charged particles which are accelerated to a very high speed for proton beam therapy. The proton therapy is delivered similarly to photons with a machine that can rotate around the patient. The proton beam is invisible and cannot be felt. The main benefit of protons is that the beam does not deliver any dose in the tissues beyond a defined stopping point. In this way proton beam therapy offers controlled penetration into the body, and the radiation dose to healthy normal tissues may be reduced, compared with photons. Patients are very carefully selected for this treatment, depending on the size and position of the tumour in the body and whether beam proton therapy will offer fewer long-term side effects when compared with that of photon treatment. 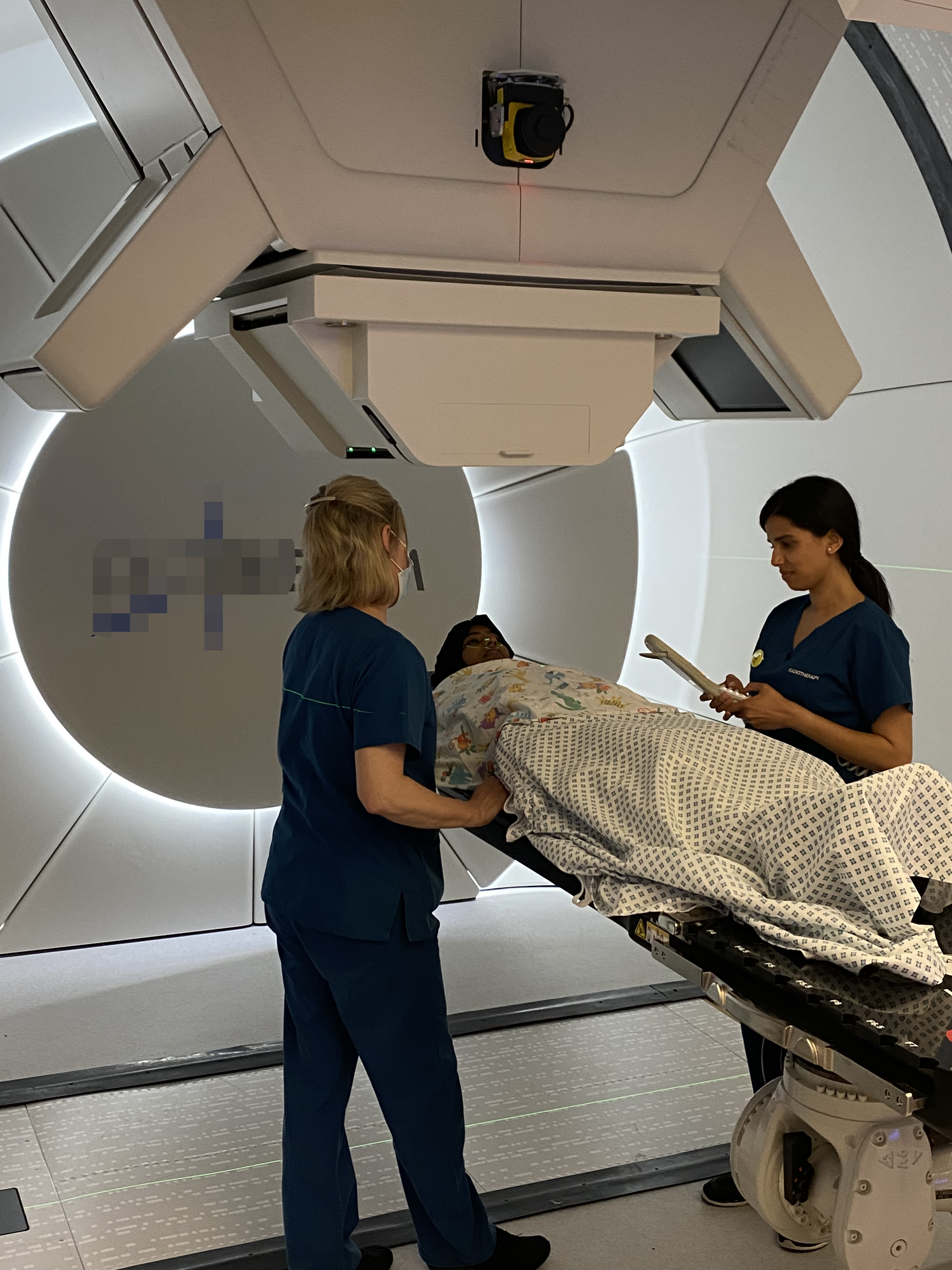 When a child is treated with external radiotherapy, it is very important that:

-        the target is very carefully delineated

-        any nearby healthy tissues are reliably defined

-        the radiation dose is aimed accurately at this target region, and

This process requires planning scans that are performed shortly before the start of radiotherapy, and are often reviewed in combination with other scans performed earlier in the course of the illness.

The radiotherapy must be planned carefully, which takes time – usually several days to two weeks. Sometimes the treatment needs to start on the same day, for example in a palliative setting, but even then it will take several hours to make a plan.

The radiotherapy plan is formed on a planning CT scan that is acquired in the precise position that the child is to be irradiated in. It is therefore very important that the child lies very still during radiation treatment delivery, in the same position as during the planning scan. An immobilisation device may be required, and anaesthetic sedation is often necessary in the youngest children. To ensure that a patient specific position is reproduced, several checks are performed before each radiotherapy fraction. More explanation about this is given further on. With modern technologies to plan and check the entire process, the treatment is made as precise and safe as possible.

Brachytherapy is internal radiotherapy which is used in certain cases for very localised treatment. In order to administer the treatment, a number of very thin flexible plastic tubes are inserted directly into or around the tumour or tumour cavity; this may be done in conjunction with an operation to remove the tumour. These tubes stay in place for the duration of the treatment course, which can be between 3 to 7 days. Once positioned, a scan will be made to allow an individual radiation treatment plan to be produced. The brachytherapy dose is given by connecting the implanted tubes to a machine that drives a very small radioactive source into precisely planned locations within the tubes. Once complete, the radioactive source retracts and the treatment tubes are disconnected from the machine. The treatment is given multiple times a day, over consecutive days and requires a hospital stay. The positioning of the treatment tubes is checked before each brachytherapy treatment to ensure accuracy. After the final treatment, the medical team will remove the tubes from the body. 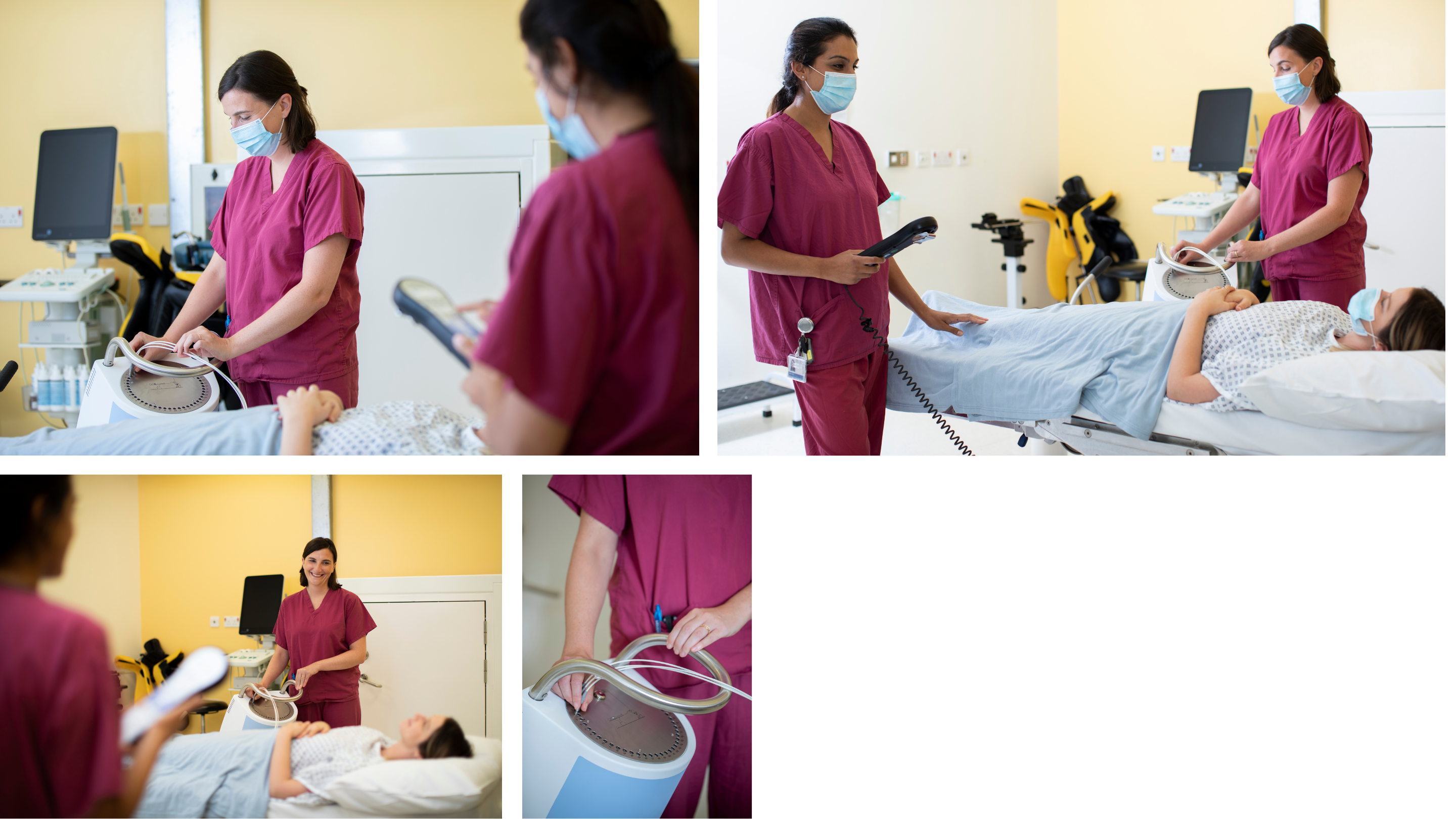 Molecular radiotherapy is essentially radiotherapy given as a drug. An inpatient stay in a specially protected room is necessary, and parents and staff need to follow safety guidance to keep their personal radiation exposure as low as reasonably achievable. A radioactive substance is administered by mouth or intravenously. It then circulates through the bloodstream, and is taken up avidly by tumour cells, wherever in the body they are located. While there are only a few indications for molecular radiotherapy, it can be a valuable or curative treatment even for widespread disease.